After analyzing the singing patterns of some birds, I started to be interested in the idea of performing the same way a caged bird sings, that is, creating a performance structure based on the rhythms of the songs of some songbirds.

In Cue & Review some actions are repeated and some of them vary, creating rhymes and circular rhythms that refer (abstractly) to birdsongs.

Cue & Review uses more than twenty objects, along with short series of actions that interact with them. These actions are divided in two groups: one is assigned letters and the other, numbers. Every letter and number corresponds to a specific action, and in performance these are randomly combined, based on the logical rule of alternation (i.e. A6C3E9…). A semantic field arises around the bird world and the history of flying in which the poetic combination of objects and actions creates an absurd performative universe that eventually becomes the disturbing song of a human-bird. 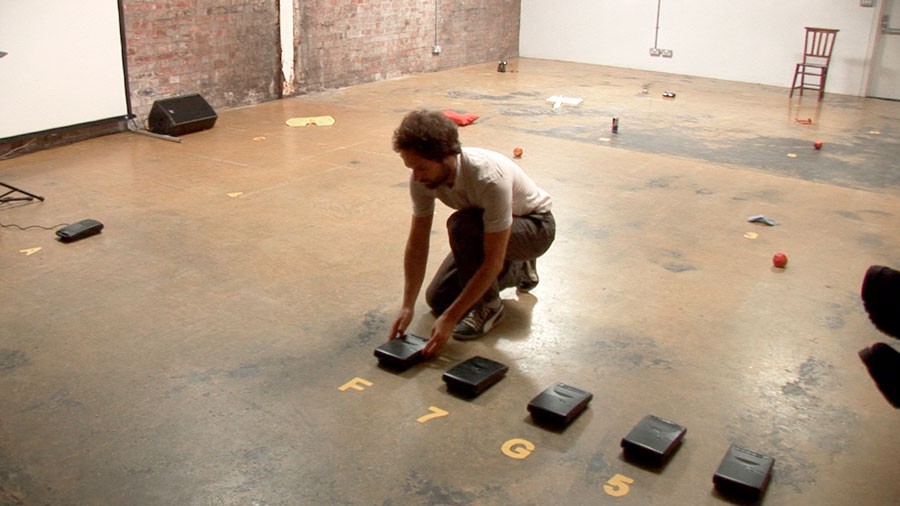 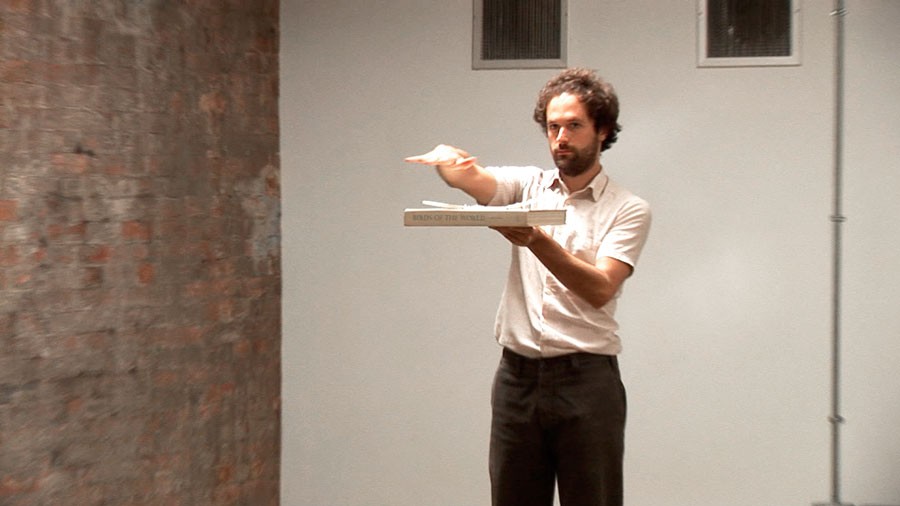 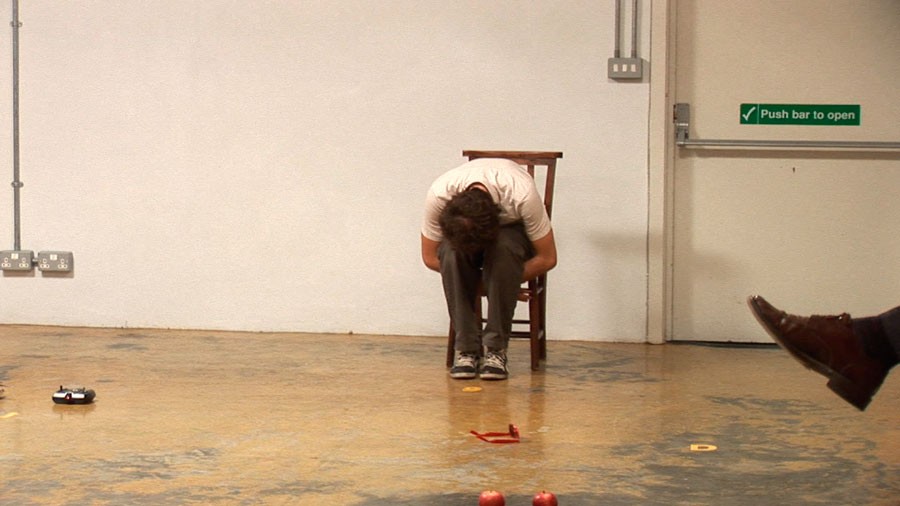 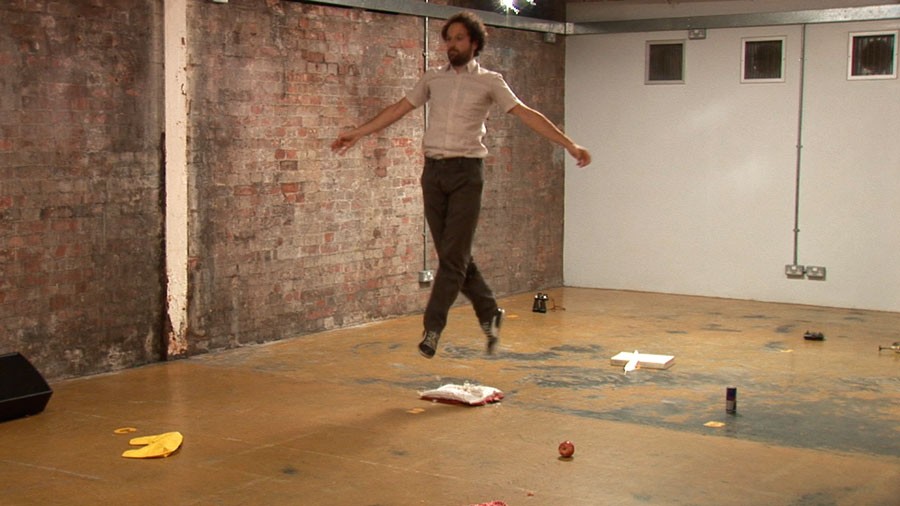 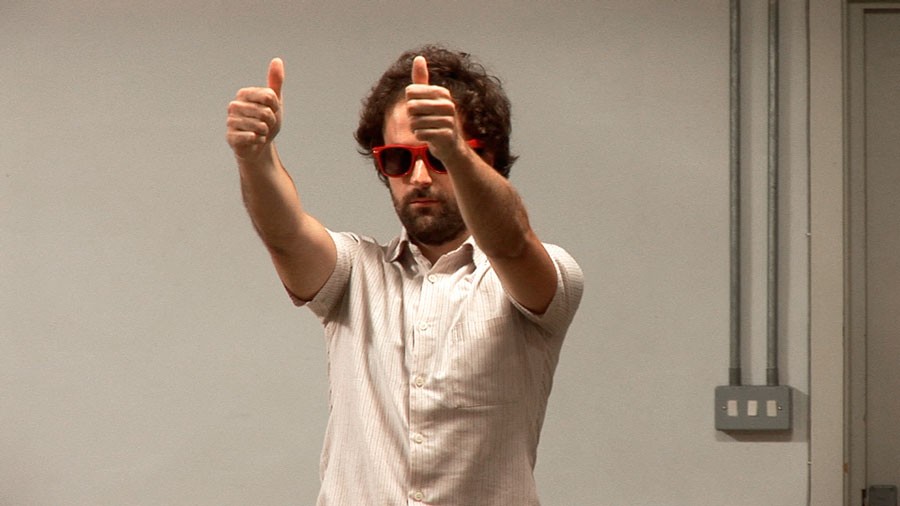 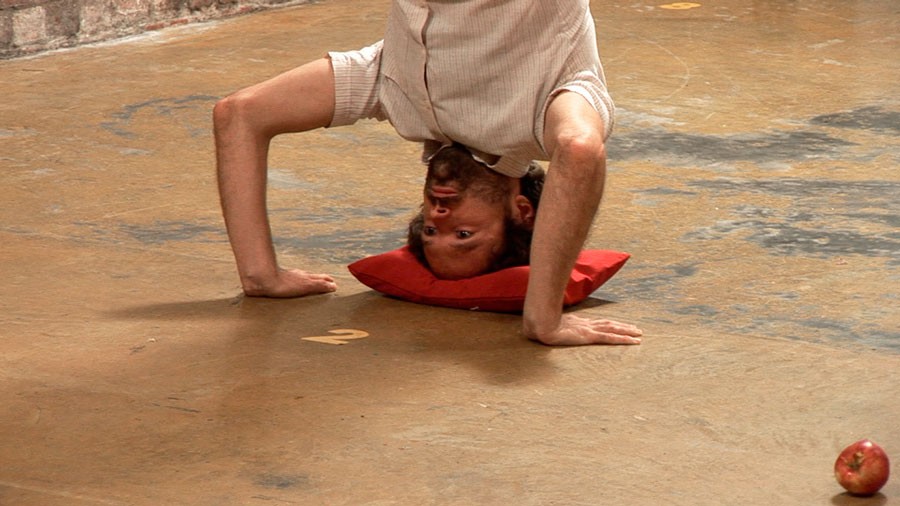 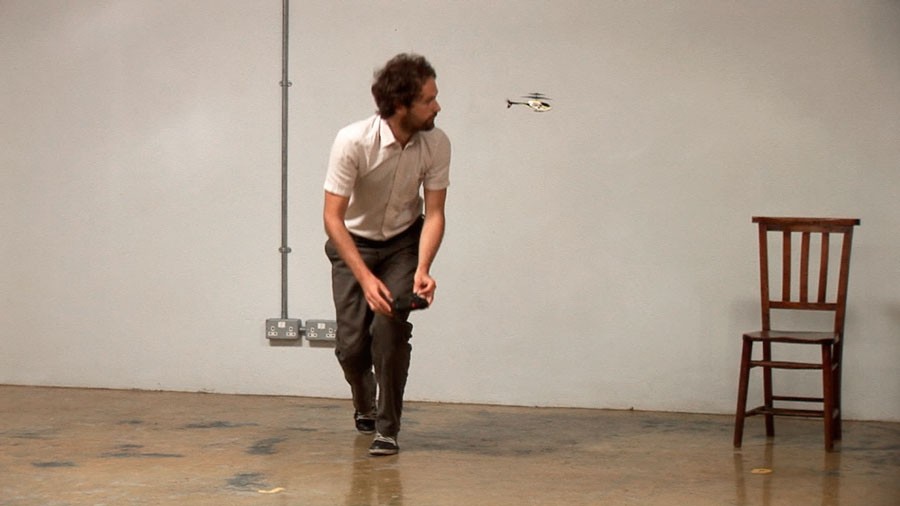 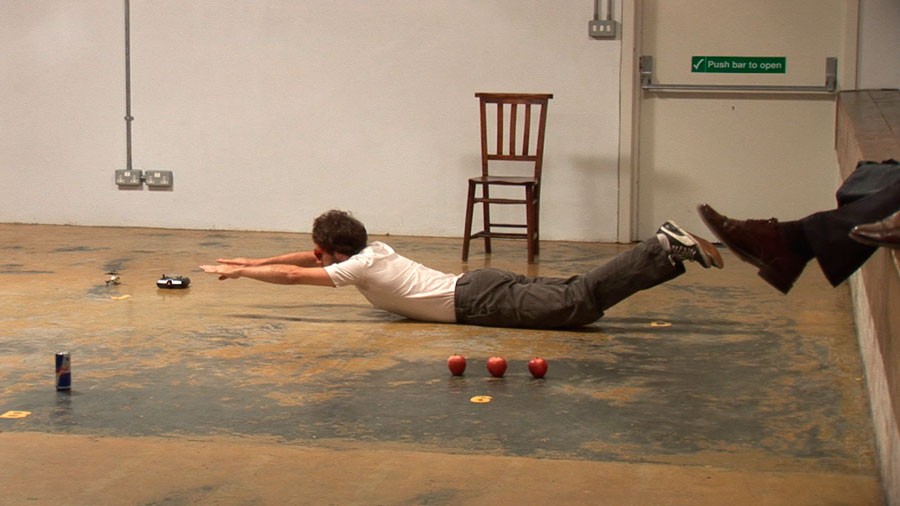 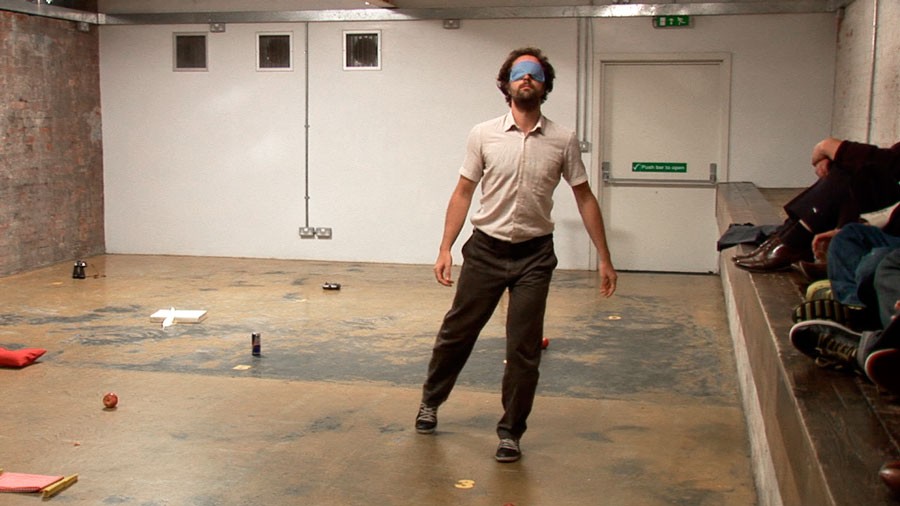 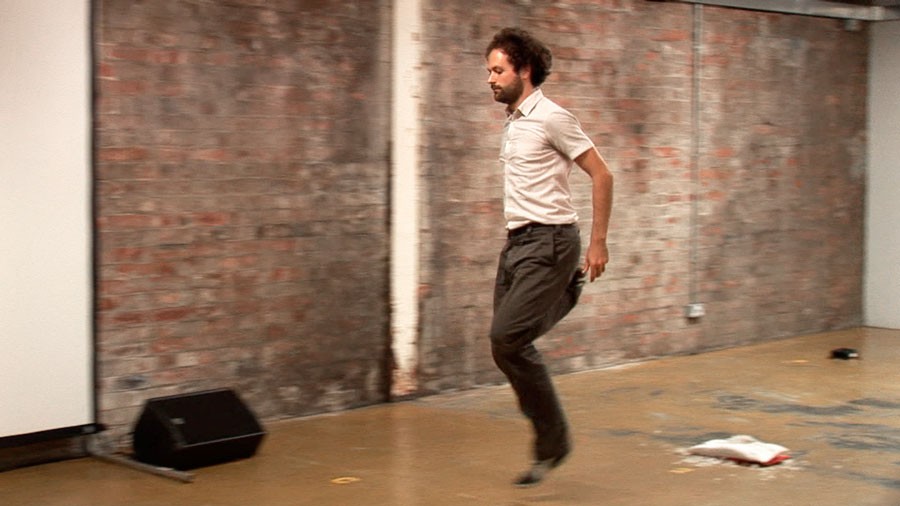 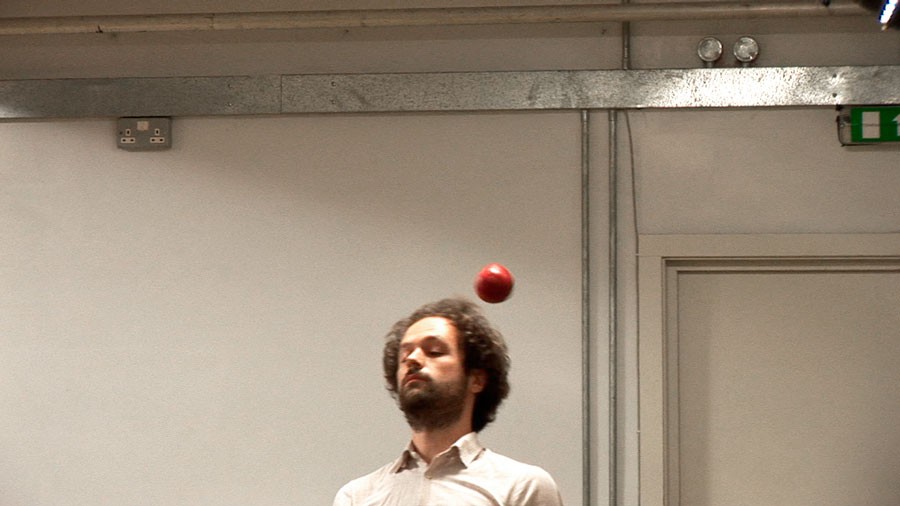 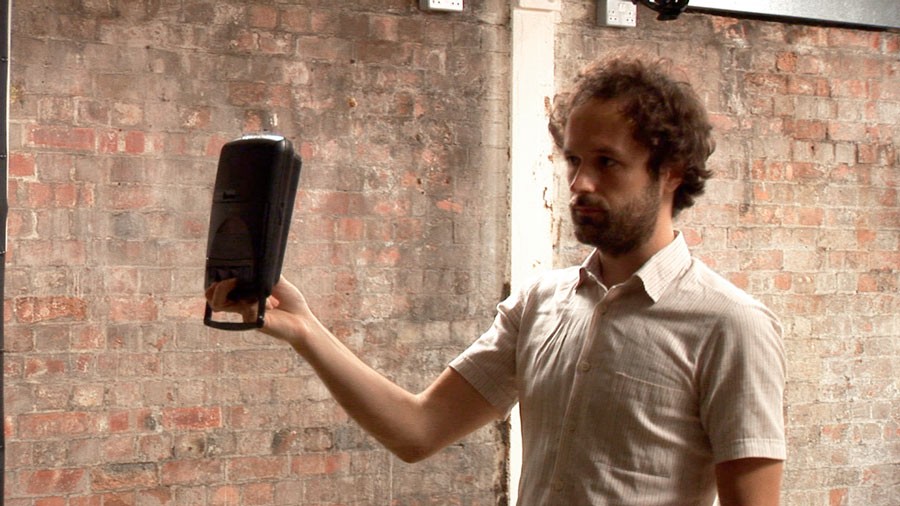